Well, today I am feeling pretty triumphant – just call me Domestic Goddess! This afternoon I’ve been mainly in the kitchen, whipping up a batch of vegan chocolate cookies AND meat-free ‘sausage’ rolls – it’s been so much fun!

The biscuits followed pretty much the same recipe as when I made them last year, except this time round I chopped up some ‘free from’ chocolate buttons in place of chocolate chips as my trusty Tescos let me down in that regard. They’ve come out of the oven a little crispier than last time, but the insides are still nice and fudgy and chewy. They’re for sharing at tonight’s choir rehearsal, I hope they like them! 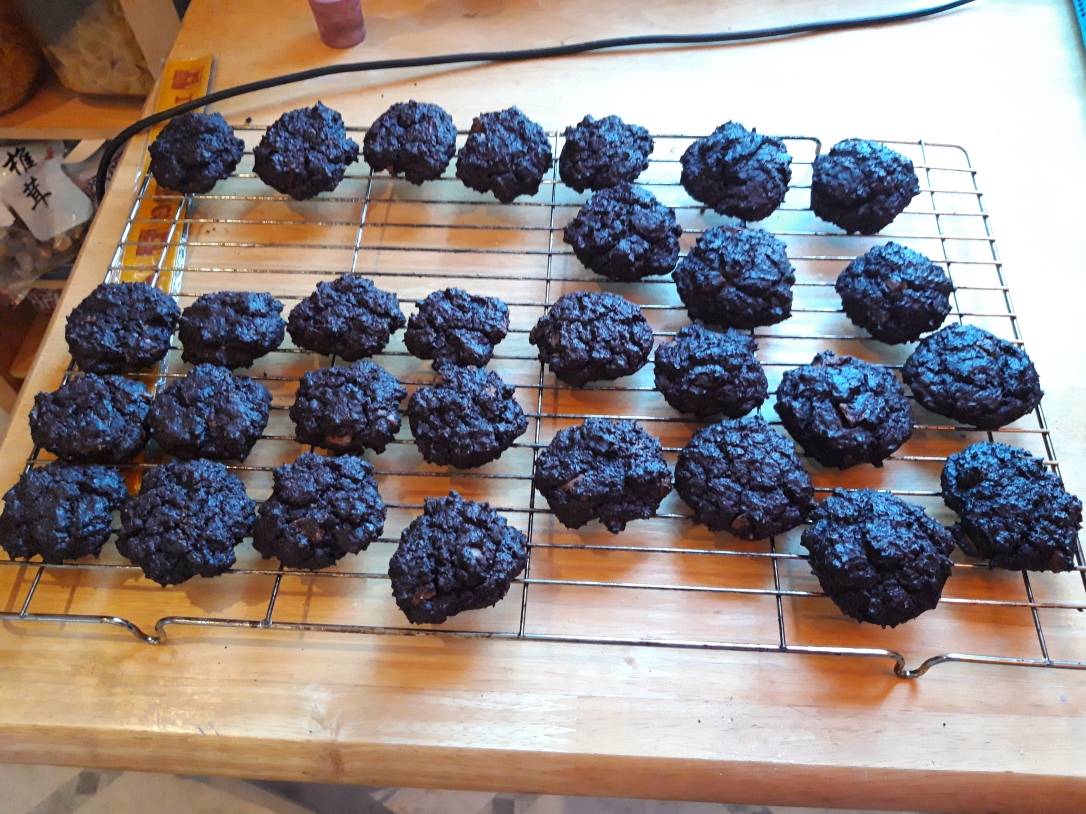 The sausage rolls were a bit more involved, but lots of fun and not complicated to make really. They were inspired by this recipe – though, of course, without the eggs!. To start, I fried a finely-chopped onion and crushed in three fat cloves of garlic. Into this went loads of chopped mushrooms, and when they were cooked down and releasing their juices I added about 2/3 of a tin of lentils, some chilli flakes, and a good spoonful of thyme, plus plenty of salt and pepper.

When everything was cooked I popped the whole lot into the food processor, together with a bag of cooked chestnuts (bought at Sainsburys during the post-Christmas sale – a couple may not have made it into thee processor, they’re very good indeed!) and a big spoonful of lemon pepper, and blitzed them into a paste. Then into the fridge to cool!

It was while the roll filling was chilling that I made the cookies – that done, out came the filling again, as I stretched out a sheet of Jus-roll puff pastry and cut it in half lengthways. Down the middle of each piece of pastry I made a ‘sausage’ out of the filling, and then folded both sides into the centre, sealing them with a bit of soya milk to form two long tubes stuffed with the ‘sausage’ mixture. These I chopped into lots of smaller rolls, and then brushed them with a little more ‘milk’ and scattered over a pinch each of nigella seeds and sesame seeds. 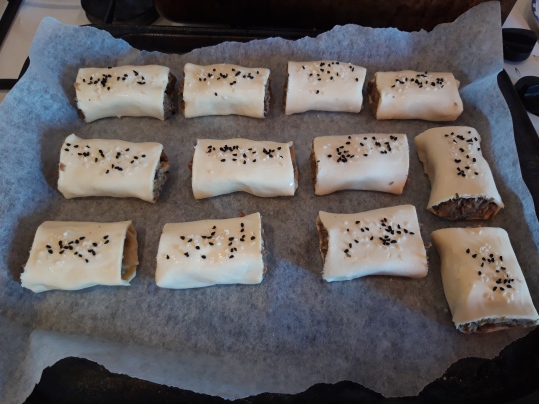 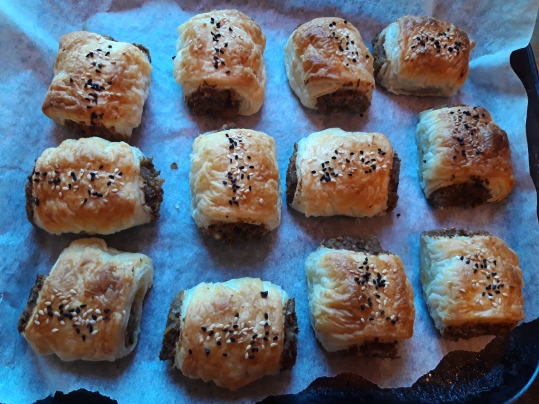 Into the oven they went, for about 25 mins (basically until they were nice and golden), then I let them cool on a wire rack. Goodness, they smelled good! We had some for pre-choir dinner, accompanied by a bit of our green chilli jam, which we opened for the first time today. The jam is great – sweet and hot, but quite different to the red – this one gets into your nose much more, it’s lovely and sharp! The sausage rolls are just super, though – they’re so rich and savoury, who needs meat? And, like the Greggs vegan roll we tried before, at least with these you know exactly what you’re eating!