As if dry January and Vegan-ing wasn’t enough new stuff to be trying of a new year, tonight Jones and I decided to push ourselves even further outside our comfort zones and took ourself off to a Swing Patrol dance class in Bethnal Green.

Fuelled by Jones’ beautiful pizza (which we ate on the hoof as the District Line had basically died so I was running too late to do anything as civilised as eat indoors), we timidly tiptoed into the Pill Box club, where we were greeted with big smiles and sticky label name badges.

There was a reasonable crowd, and Jones wasn’t even the only man! Better still, a little awkward mingling soon revealed that almost everyone else was a fellow newbie too. 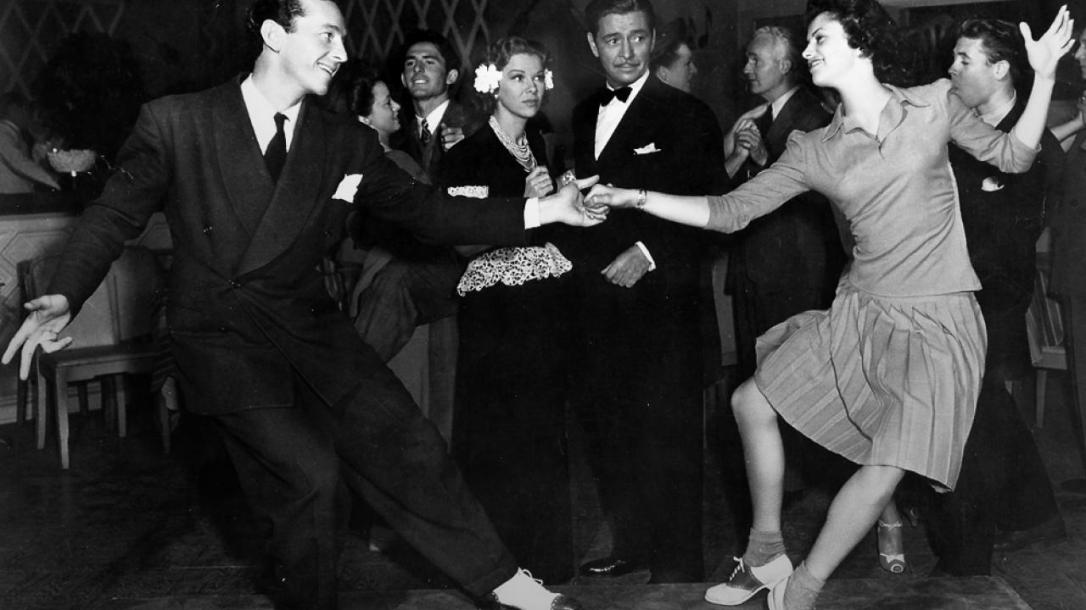 The two instructors soon put us all at ease though – they were so happy and enthusiastic and bounced off each other really well – even the eep-inducing announcement that we were expected to swap partners every dance (*cling together in horror*) couldn’t detract from the fun.

The evening started out simply enough with a little rocking step back and forward, and a triple step side to side – but gradually we built it up so there was a ‘lead out’ (where we went from close hold to a kind of swing out with one hand free), a neat little left hand pass where I ducked under my partner’s arm, and what was dubbed a ‘John’ (as the teachers couldn’t remember what it was called), which involved a rock to the side, almost turning your back on your partner, and a bouncy triple step back into close hold.

Learning it bit by bit made the whole thing much more manageable, and before we knew it we had a whole routine (albeit a very giggly and forgetful one)! It was great. It was also rather nice that the teachers planned it so that you rotated around the room doing all the quick learning bits with people who weren’t your partner, but you always got back to your person in time to try out a completed bit.

You know what, Jones was much too hard on himself in his last post – he’s a pretty nifty mover! And in a bit when we were practising styling out a ‘break’, the teacher said he was the sassiest of the whole group 😉